The Amersham Society Committee has decided to go ahead with conservation work on the Vagabond (or Vagrant) notice later this year.

It has been 25 years since the previous restoration performed by the Society. Back in 1994 the work was carried out by Martin Cook, the local carver and expert in historical letterforms and calligraphy, who has kindly agreed to do it again.

The Society’s Newsletter of the time records details of the 1994 restoration and explains why signs like this were common across England at the end of the 18th and during the early 19th century:

“24th June 1811 – The Magistrates acting for this Hundred have given peremptory orders to the Constables and other Peace Officers to apprehend all Common Beggars, Ballad Singers and other Vagrants so that they may be dealt with according to law.”

So reads the ‘Vagrant Board’ fixed to the front wall of no. 60, Broadway, once the first house on the approach to the town from the London end. It will be remembered the board was deteriorating, the lettering flaking and becoming illegible. After various false starts, the Society’s efforts to restore the notice are now complete.

It was not the aim of the restoration to produce a new board, but to slow down further deterioration with preservative treatment and make the wording legible without destroying its ‘ageing charm’. The work was carried out by Martin Cook from High Wycombe, a specialist in carved lettering and restoration work on lettering. He found in the cleaning process that there were signs of other repaintings of the lettering, not as accurate as they might have been, but he was able to work to the still visible outline of the original.

It is interesting to recall the circumstances leading up to 1811 when the notice was put up. It was during the latter part of the twenty years of Napoleonic wars, a time when, according to the vagaries of intermittent conflict, there were violent fluctuations in the demand for goods and employment. The wages of the poor were already severely strained; increasingly so with rapid inflation. During the war the price of wheat increased three-fold, putting even the cost of a loaf of bread out of the reach of the very poor. Added to this, in the countryside, the enclosure of common land was causing families to lose their rights of pasturage for pig and cow, for fuel and food collection.

The Rector of nearby Cookham, writing about this time, said “An amazing number of people have been reduced from a comfortable state of partial independence to the precarious position of mere hirelings who, when out of work, immediately come on the parish.” Such comments can only outline reasons for the extreme poverty which existed in the second half of the 18th and the early 19th century – many writers have covered these times – but perhaps enough to suggest why the ‘Vagrant’ notice was put up in Amersham in 1811. 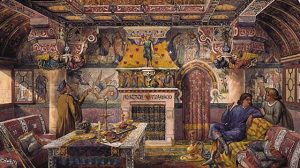 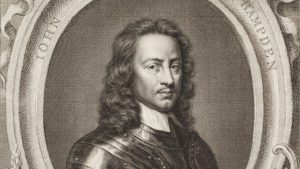 Researcher and lecturer Roger Howgate will be delivering a talk on John Hampden, local Parliamentarian and great Englishman. Roger has a degree in History and has completed a course in local history from Oxford University.[...]